La Loge has been imaginatively converted from a barn, retaining much of the exposed stone and many of the original old beams, to provide quality accommodation for four people.

La Petite Maison (adjacent) is self-contained, providing accommodation for a further two people if required and is ONLY available if booked in conjunction with La Loge for your friends or family. Rest assured that, if La Petite Maison is not required, it would not be let to others during your stay.

Situated in its own large Courtyard, which is equipped with dining table and chairs, parasol, reclining loungers and barbeque, La Loge faces south. To one side of the Courtyard is the Bakehouse (with the original Bread Oven restored as a feature), the roof of which extends to provide a shaded dining area. There is a small adjacent field with trees, to which visitors have access. 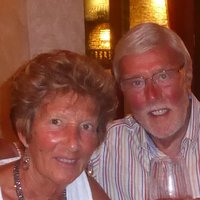 Jacqueline Lane have been a member since 17/10/2019. You can contact the owner in the English, French.

The owner usually responds within 1 day.

View the full range and telephone number of Jacqueline

Mail this ad to a friend

You can invite someone to visit this page via this form: 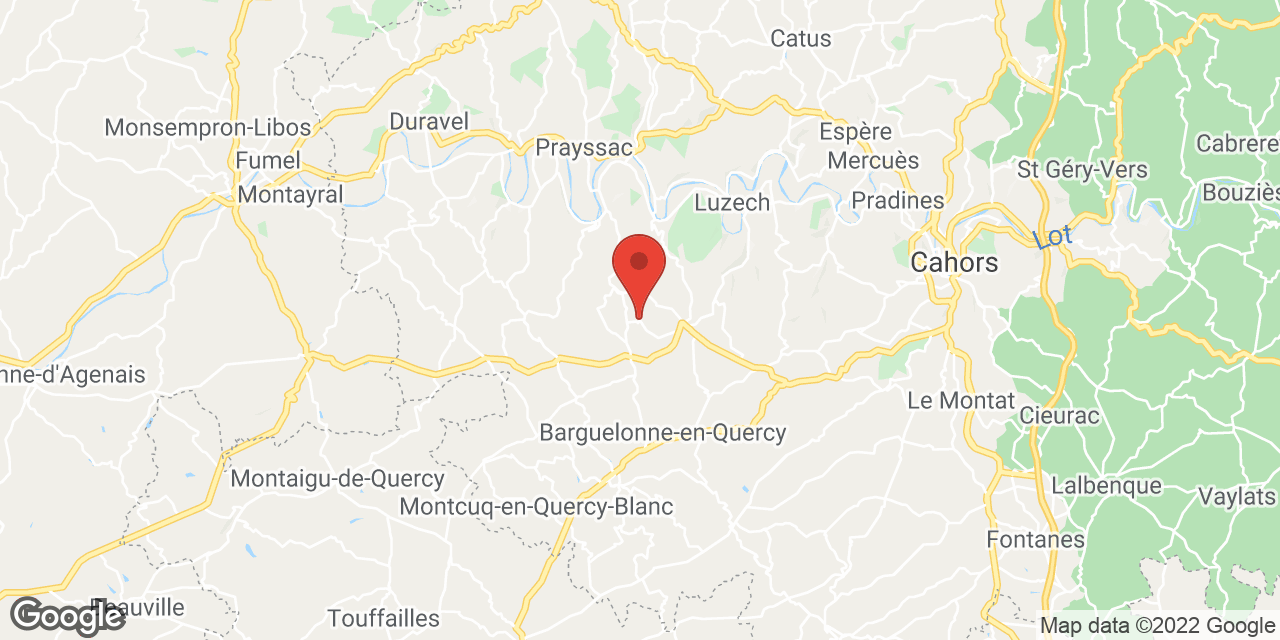 When are you going on vacation?

The large kitchen has limed oak cabinets with tiled work-surfaces and is well-equipped with electric oven, microwave, fridge with freezer compartment, dishwasher, toaster, coffee-maker, electric kettle, and a corner canopy over a ceramic hob. There are adequate supplies of cooking utensils, attractive crockery, cutlery and glassware, not only for four occupants but also for any visitors you may have. A washing machine and tumble drier are also provided.

The cast iron wood-burning stove is an attractive feature for out-of-season lets. The TV receives both English and French programs as well as English language Radio, and there is a DVD/CD Player. Broadband is cabled to La Loge and the Wifi signal is reliable.

There are two bedrooms with comfortable mattresses and attractive painted furniture. Duvets and UK size pillows are provided, and linen and towels can be supplied at a small extra charge. A pine cot, high chair and stair-gate are available if required.

- Bedrooms – double and twin with stone walls and beamed ceilings

All rooms are equipped with electric convector heaters for use if required.

Full oil-fired central heating is installed and may be used by arrangement at a supplement of €90 per week for 8 hours per day (timed to your requirements). Logs are available for the wood-burning stove.

La Garenne is an ideal base for exploring the Lot Valley. We are in the heart of Cahors wine country, close to the River Lot, and charming market towns of Prayssac, Montcuq and Puy l'Eveque.

The houses occupy an elevated position and are situated on the edge of a hamlet, surrounded by delightful countryside, in the middle of a small farming and wine-producing community.

Le Vert is 3 kms from the village of Sauzet where there is a Boulangerie, General Store, Restaurant and Bar, Post Office and Doctor. For more shops and the Farmers' Friday Market, Prayssac is just 20 minutes away, beside the River Lot. Cahors, only 21km to the east, is the historic capital of the Lot Departement and is famous for its fortified bridge, old town and domed Cathedral. Twenty minutes to the north-west is Puy l'Eveque, an attractive medieval town on a promontory overlooking the Lot river and reflected in its calm waters. To the south, ten minutes away by car, Montcuq is a little country town with a colourful Market on Sunday mornings.

The old name of the Departement of the Lot was Quercy and the adjective 'Quercynoise' is still used today to describe the architecture, craftwork and other elements typical of the Lot. The Quercy Blanc is an area of ​​spectacular scenery ranging from craggy gorges to the gentler undulating countryside of the south-west with rural market towns, peaceful valleys, quiet roads and an unhurried pace of life. At almost every bend you will find attractive stone houses, with the characteristic roman canal tiled roofs of the area. The countryside of the Lot is quiet and uncrowded.

This land is the genuine sunny gateway to the South West. Its winters are relatively mild, its springs and autumns are often marvellous, and it enjoys long, hot, dry summers.

For sightseers there is spectacular Rocamadour, second most visited site in France, with its buildings clinging to the cliffside, the picturesque village of St Cirq Lapopie (recently voted the prettiest village in France), Padirac, one of the largest chasms in Europe with its caves and subterranean boat trips; Pech-Merle's superb 20,000 year old cave paintings; the rather busy but nevertheless attractive riverside villages of Beynac, La Roque Gageac and Domme in the Dordogne, as well as the medieval town of Sarlat; the bastide towns of Monflanquin, Monpazier and Villereal; Albi with its beautiful cathedral and Toulouse Lautrec Museum; the Chateau de Biron and the fortified Chateau de Bonaguil.

Almost on the doorstep are the pretty villages along the River Lot including Albas, Luzech, Castelfranc and Douelle.

The ancient and beautiful city of Cahors is 21km  from La Garenne  is the principal city of the Department. Dating back to Roman times it is built in a loop of the River Lot and the medieval area remains a warren of narrow streets, at the centre of which is the magnificent 12th Century cathedral. The fortified Pont Valentre bridge over the river, has been designated as a World Heritage Site and is justly famous. Situated on the main tree-lined Boulevard are numerous bars and restaurants and down the side lanes you will find interesting little shops and a large covered Market.

The River Lot has now been opened for navigation and it is possible to take boat trips between Luzech and St Cirq-Lapopie, passing through Cahors, and past the vineyards, chateaux and villages which lie in the valley. Canoes can be hired from base nautique along the river, which is tranquil and calm. For the more adventurous, we suggest hiring a kayak on the Cele River.

Swimmers and young children can enjoy lakes with sandy beaches at Montcuq, Catus and Montaigu de Quercy, and there is a small beach at Castelfranc from which you can swim in the river.

There are many attractive local walks, including two 'Circuit' which pass through Le Vert, as well as the 'Grand Randonne 36' which travels up the Lot Valley, sometimes following the crests of the hills, sometimes following the valley floor. The rural environment and exceptional local architecture add real pleasure to walking or cycling in the Lot.

Throughout the summer months a very wide range of events are on offer locally, including festivals, concerts, theatre, art exhibitions or simply village fetes.

Sampling the local wines is another delightful distraction and gives an opportunity to meet the friendly local producers. You will find many domains and chateaux only too happy to receive visitors and offer a 'degustation'. The rich dark Cahors wine, much loved by the Romans when they occupied this part of France, and later enjoyed by the Tsars of Russia, gains its character from the sunny slopes below the Causse or in the river valley.

Last, but not least, the gastronomy here is part of the way of life, and the local delicacies include goose and duck confit, walnut gateau, foie gras, truffles and little round goats cheese called 'cabecou'.

There are many good and inexpensive restaurants and ferme auberge in the area and we are happy to provide you with a list of our recommendations.

- Location: La Garenne is the ideal base for exploring the Lot Valley

- Activities: something for everyone – walking, boating, swimming

- Markets: farmers' markets locally for six days out of seven

You have created a magical place. Thanks for your warm welcome.

Jackie and Roger have created something beautiful, for which there is a lot of praise. All amenities are present, space, privacy and very welcoming. You can eat fantastic outdoors, table tennis, pétanque, walk from the house, good swimming lake a 15 minute drive away and wifi. Highly recommended! 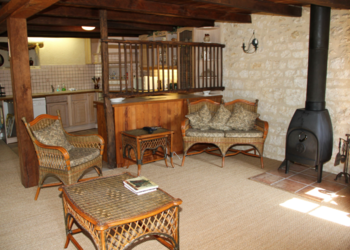 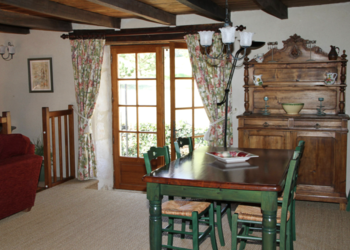 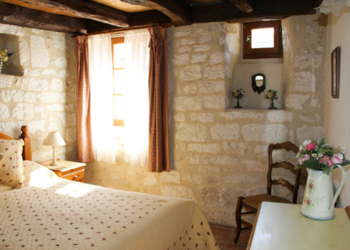 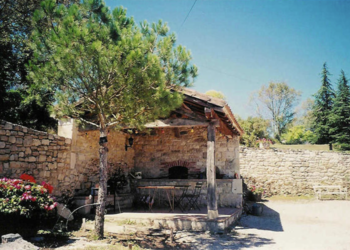 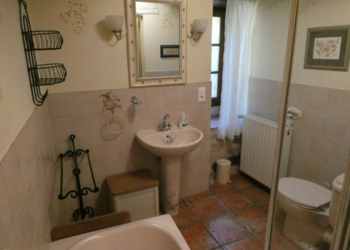 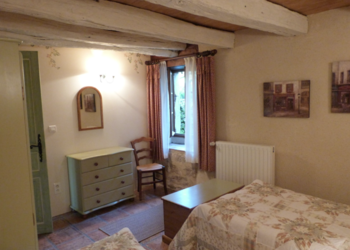 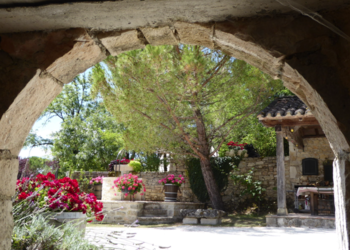 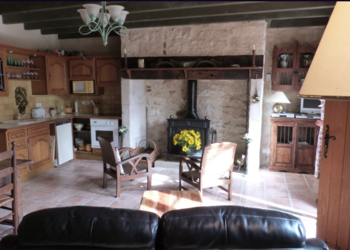 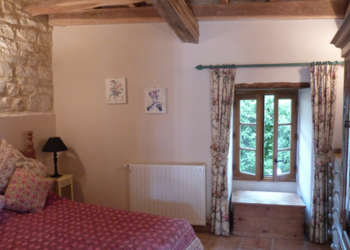 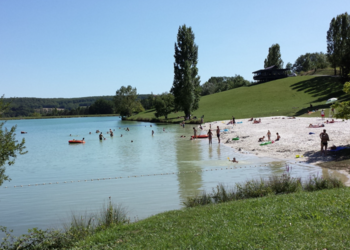 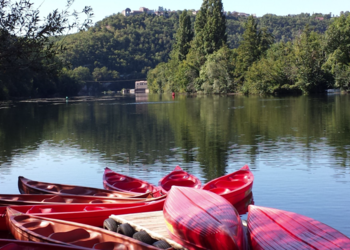 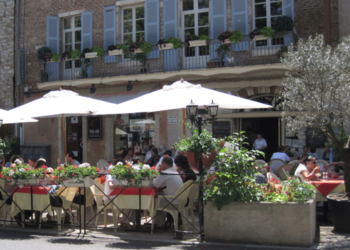 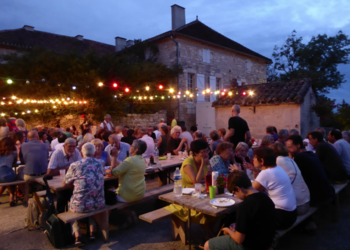 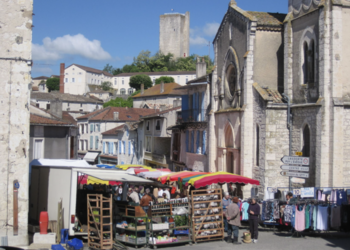 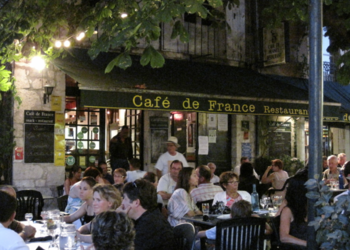 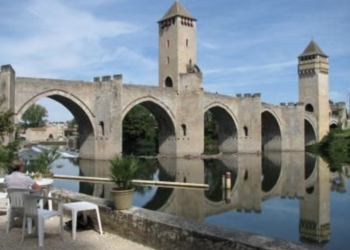 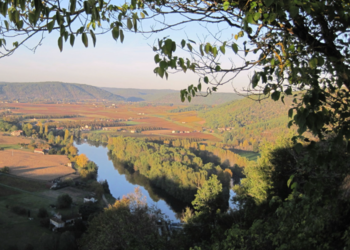 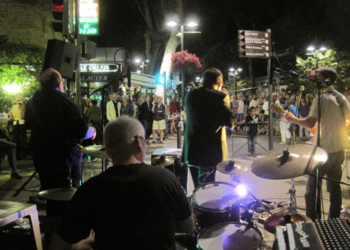 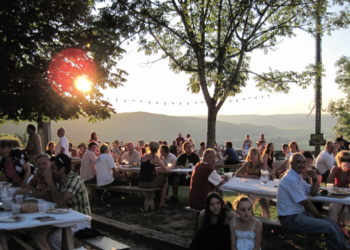 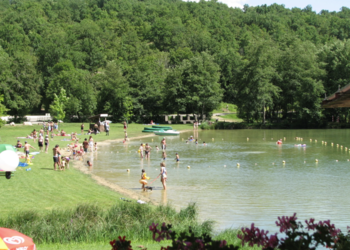 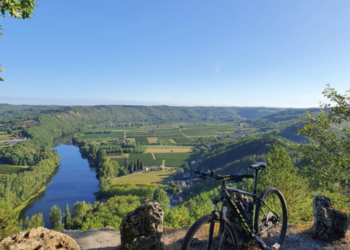 Sign up for our newsletter and stay informed of our great offers!